How We Learned to Stop Worrying and Love X-Rays

Captain Warren of Maine, an 1855 oil painting by Italian artist Carlo Chelli, is still something of a mystery for the Curatorial team. This portrait went unsold at auction in 2020 and we were able to acquire it at a relatively low cost, especially given the pedigree of the artist. Chelli, more well known as a sculptor, has work on the Spanish Steps in Rome. Portraiture of visiting ship captains was probably a fairly worthwhile side hustle, especially in the busy port of Livorno. 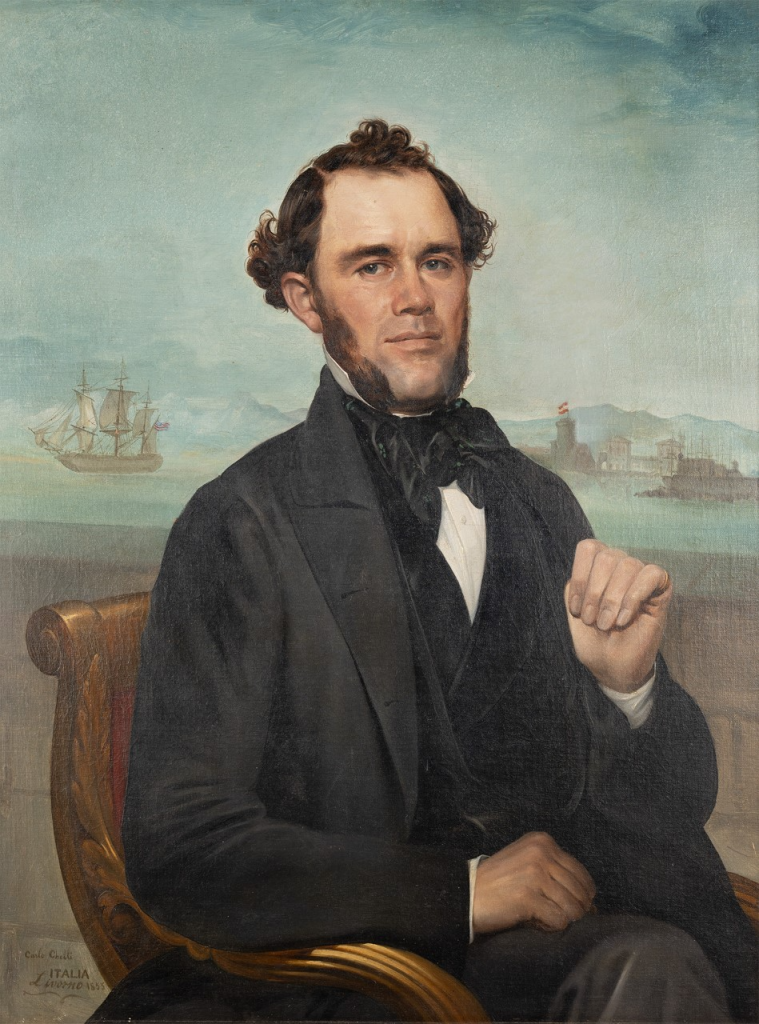 Try as we might, we have been unable to identify this Captain Increase Warren of Maine. No known captains with the name Warren match up with voyages to Livorno in the mid-1850s. Without being able to solve that mystery, we set about trying to solve some other mysteries. What could we learn about the physical painting itself? Is there some hidden history associated with it that would help us better tell its story? Could we glean some insight into Chelli’s artistic process?
To that end, we decided to try something new – digital radiography. With the help of the wonderful staff at VCA Bath Animal Hospital, we were able to take a very close look at Captain Warren. 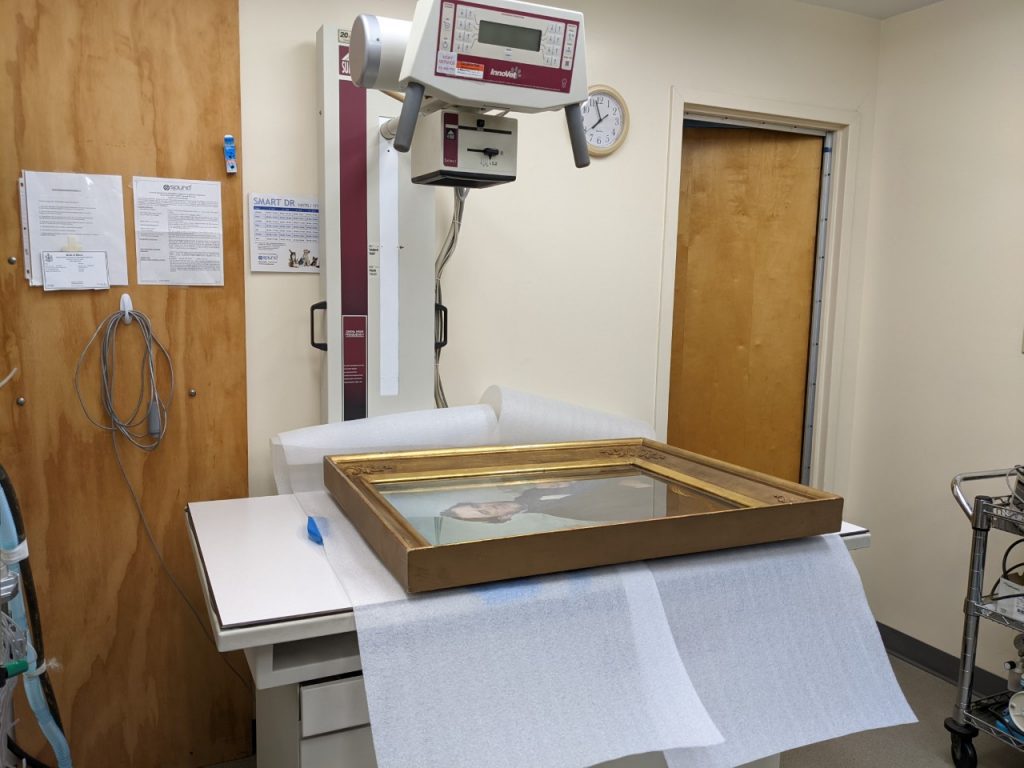 What did we learn? Well, we learned that the painting has been repaired quite a few times! There are multiple small tears that are evident in the radiograph, and one rather large one just to the right of Captain Warren’s head. 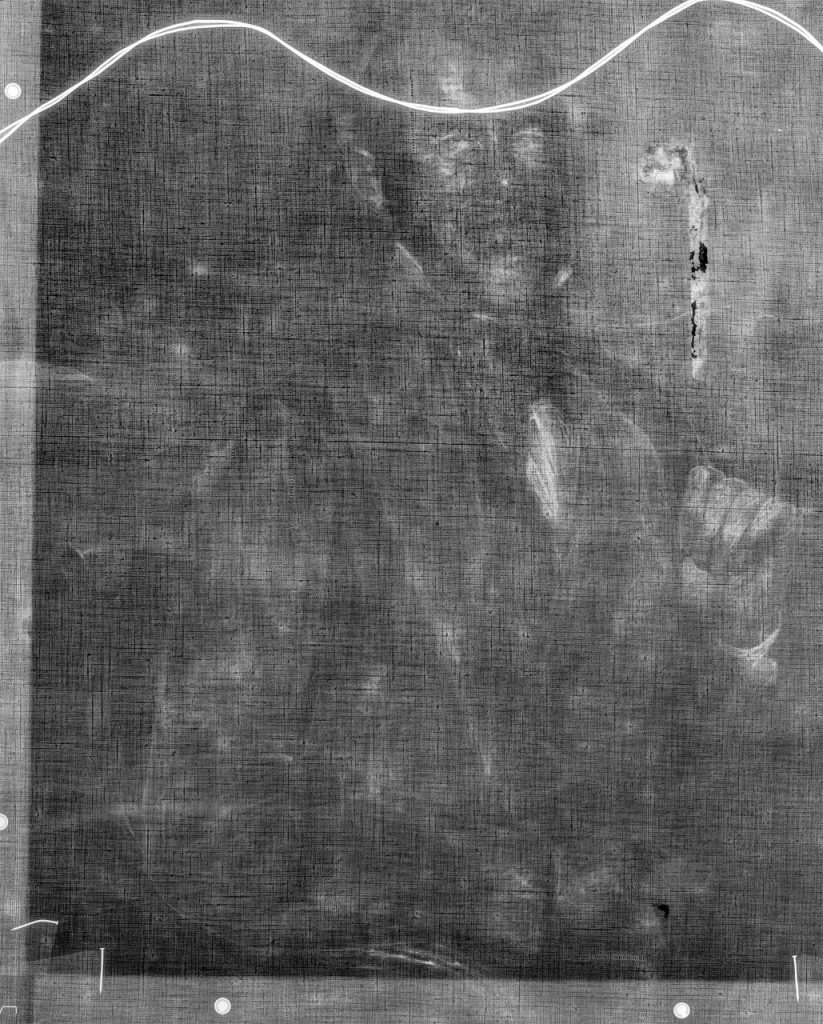 If you look very carefully at the regular image of the painting, you can see that the paint in that area has not cracked in the same way as the rest of the canvas. A conservator, somewhere along the way, did a fairly decent job at repairing the work. Though continued close looking shows that the colors do not exactly match. 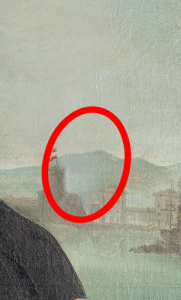 It’s not something that we need to worry too much about, but we will keep an eye on it and see how age effects the different colors on the painting. Chances are the original pigments will age differently than the more modern repair work.
While we didn’t find a secret message telling us where Captain Warren’s treasure trove of documentation lies, we did learn a bit about the conservation history of the painting. And that’s worth something!
Big thanks to Sarah and Ashley at VCA Bath Animal Hospital for making this happen!

Your ticket for: Collections Corner: Captain Warren of Maine