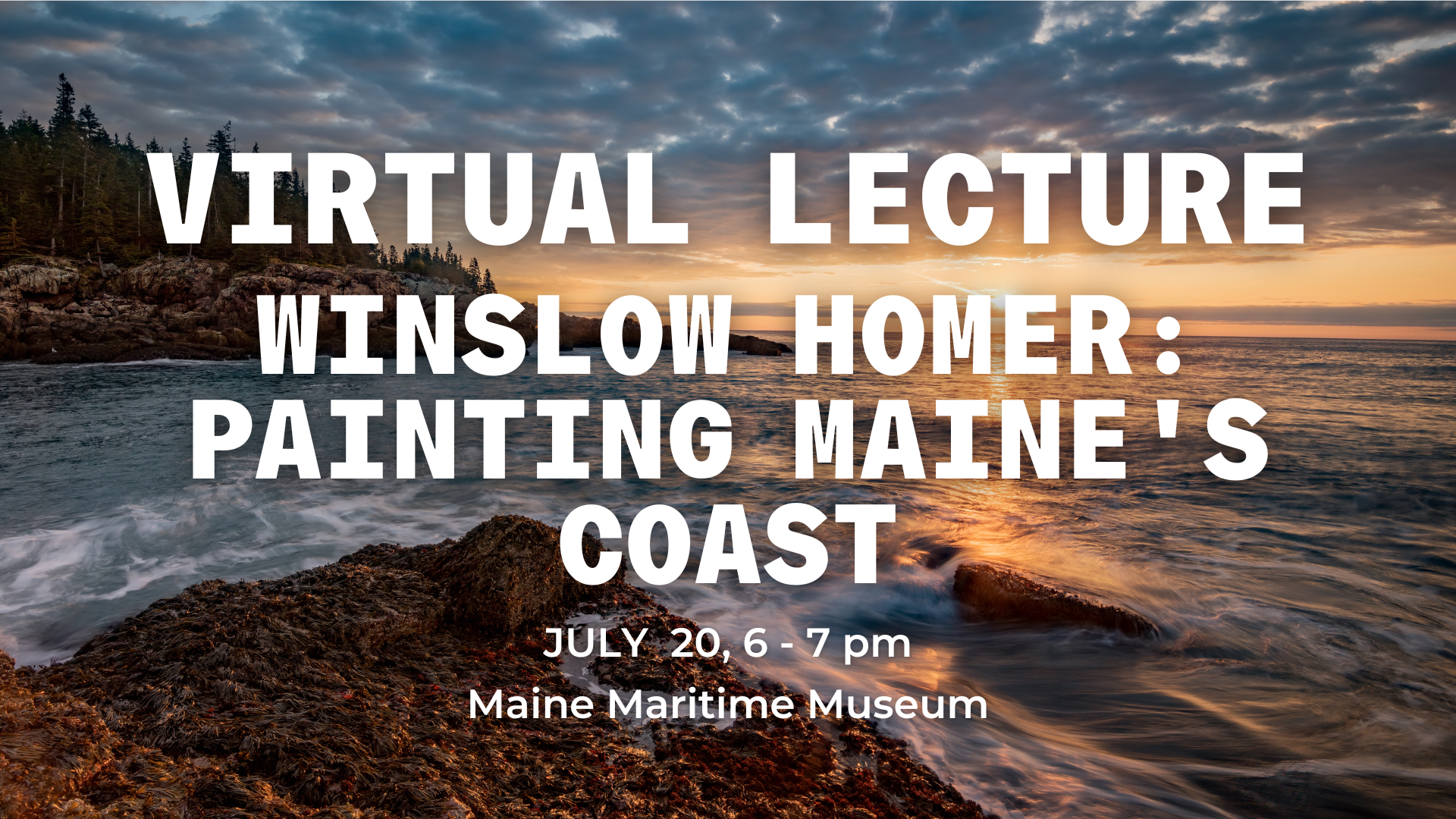 Winslow Homer (1836-1910), a major figure in 19th -century American art, pioneered the Realist movement by capturing real-life scenes of the American Civil War and American laborers. Later in his career, this New England native, moved to Prouts Neck, Maine, where he established his artist studio. During this era, Homer turned to the Maine coast for inspiration. Diana Greenwald, Lunder Curator of American Art at the Smithsonian’s Freer & Sackler Galleries, and former Curator of American Art at Portland Museum of Art, will discuss the importance of the Maine coast in inspiring Winslow Homer’s prints and paintings and the impact his artist had in shaping the legacy of American art.