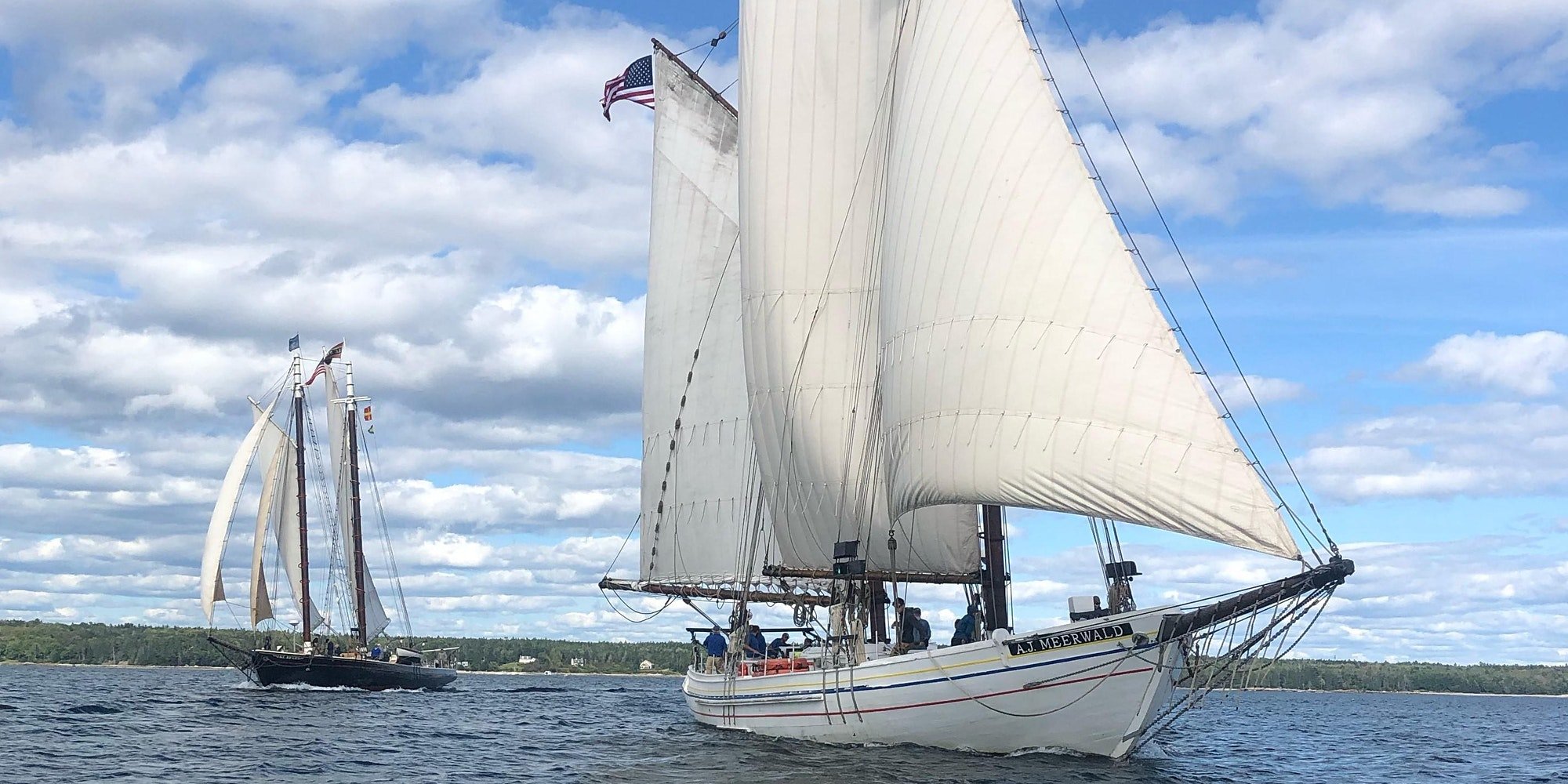 Come learn the history and restoration efforts behind the Schooner AJ Meerwald, a wooden oyster schooner being restored in Lincolnville, ME!

The 1928 Schooner AJ Meerwald is spending this winter and spring in Belfast undergoing a restoration under Clark & Eisele.

During the talk, hear about the history of the AJ Meerwald with Connie McCart, co-author of The AJ Meerwald and New Jersey’s Oyster Industry, to learn about the Meerwald and Phillips families and find out why the Delaware Bay’s Maurice River Cove was the “Oyster Capital of the World”. View the orientation film “Changing Tides” to see the characters, boats and the oysters that made “more millionaires per square mile” in this small town in Cumberland County, New Jersey. Then, hear from Tim Clark of Clark & Eisele Traditional Boat Building who will share the AJ Meerwald’s restoration progress with tons of fascinating photos in this behind the scenes tour. AJ Meerwald has been under their watchful eyes since 2018. Follow the restoration at https://www.facebook.com/theajmeerwald/

The AJ Meewarld is a restored Delaware Bay new-style schooner that was built to dredge oysters under sail, but saw a lifetime of change come full circle. She served the US Coast Guard during World War II, returned to oystering under power for 10 years, was converted to dredge clams and then was let to rot in Maryland before being saved in 1986 by John Gandy and the Bayshore Center at Bivalve (BCB). BCB was founded in 1988 and is New Jersey’s only environmental history museum and the home port of the Schooner AJ Meerwald, New Jersey’s official tall ship, with a mission to further the understanding of the human impact on the aquatic environment. Located on a working waterfront, BCB operates the Delaware Bay Museum in the Oyster Shipping Sheds dating back to 1904. From our wharves, patrons get an unspoiled view of the beauty of the Maurice River, a National Wild and Scenic River, and get to watch oystermen navigate the river as osprey and bald eagles soar overhead. https://www.bayshorecenter.org/

Clark & Eisele Traditional Boatbuilding, LLC is a company specializing in the building, repair, and maintenance of traditionally constructed wooden vessels of all sizes and types. Prior to our company’s formation we participated in restoration and repair efforts that encompass a significant number of the most widely recognized and revered sail training, commercial, and museum vessels in America. While many boatbuilders are capable of performing the type of restoration work that the A.J. Meerwald requires, few have regular practice at this work. The community of Maine shipwrights and world class yacht yards that we have sharpened our skills in represents one of the last living traditional boatbuilding industries in the country, and as such it produces skilled individuals who are not onlycapable of producing high quality work with historical integrity but who additionally do so with professional confidence and efficiency. https://www.facebook.com/clarkandeisele/