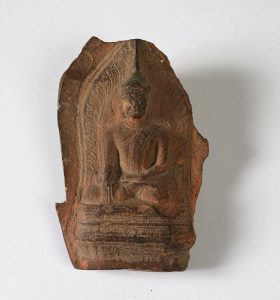 Sarah Timm, Manager of Interpretation at Maine Maritime Museum, will discuss objects from MMM's collection that were collected by 19th century Maine captains and crews during their stops in ports around the world during a period of rapid globalized trade. The souvenirs Maine sailors chose to bring home often tell us more about an American worldview than the cultures they are intended to represent. Explore themes of authenticity, cultural appropriation, and the effects of cultural exchange by tracing how these souvenirs transformed in meaning and function once they arrived to American shores.   Members $3; nonmembers $5 This is a Zoom event.

Susan Schubel of Maine Audubon Society's Puffin Project, presents on the effects of marine debris on Seabird Island Habitats. Maine Islands support many species of breeding seabirds, including several species listed as endangered, threatened, and of special concern. The islands accumulate marine debris throughout the year, but especially during seasonal storms and high tides when debris, including derelict lobster traps, washes ashore. This derelict gear poses threats to the breeding birds who use the islands for nesting. With the support of a Community-based Marine Debris Removal Grant, the Seabird Restoration Program of the National Audubon Society is working on several Maine islands to remove marine debris and study the accumulation of debris on the islands. In partnership with the Gulf of Maine Lobster Foundation and local lobster fishermen, they will also aim to reduce the rate of accumulation through at-sea removal of derelict fishing gear. This project took place on Stratton Island, Bluff Island, Jenny Island, Pond Island National Wildlife Refuge, Matinicus Rock, and Eastern Egg Rock Island.

Your ticket for the: Marine Debris : Effects on Seabird Island Habitats