Mary E was built in Bath in 1906, by Thomas E. Hagan, shipbuilder. He was the son of a Georgetown farmer who came to Bath and became a joiner and shipwright. By 1906 he seems to have been slowing down, and just completing one small vessel every few years. Mary E was Hagan’s last vessel; in the 1910 census he is listed as a machinist. He died in 1912. Mary E was built on property where Bath Iron Works now stands.

Hagan sold Mary E on December 7, 1906 to four men from New Shoreham, RI – Block Island. She was listed in Bath as a schooner, and she originally carried two masts, and a billethead. By the time she was licensed at Block Island on March 28, 1907, however, she also had a gasoline engine. Her original four owners were William A. Dunn, Dwight A. Dunn, Curtis S. Dunn and Jesse Lewis, all of Block Island. For 38 years, these four men operated the vessel, mostly in the fisheries, but some years licensed for the coastal trade as well. The List of Merchant Vessels of the United States for all those years listed her with a crew of five. Later owners told stories of her being used to carry mail and passengers, and as a rum-runner, and we look forward to being able to document some of those stories. 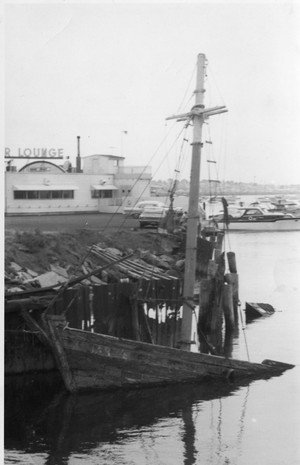 In 1944 the Block Islanders sold Mary E to Edward P. Gleason of Gloucester, who put a larger engine in and used her as a dragger. He fished her out of Gloucester before selling her to Clarence W. Leveille in 1950. Leveille continued fishing her out of Gloucester, increasing her crew to six, and later converting to diesel power. He abandoned the vessel in 1960, and she sank in a Thanksgiving Day hurricane in 1963 in Lynn Harbor, Mass.

Two years later, William R. Donnell II of Bath, great grandson of shipbuilder William T. Donnell, saw this ad in National Fisherman. Knowing his great-grandfather had been an associate of Thomas Hagan, Donnell could not resist purchasing the vessel and raising it. At that time she had only a single mast, and a gallows frame for net fishing. He brought it to Bath and began a two-year renovation on the grounds of what is now the Maine Maritime Museum (MMM) campus. 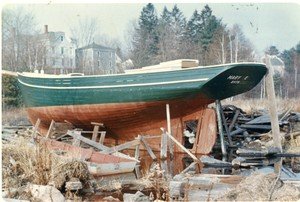 Captain Donnell sailed her out of Rockland around Penobscot Bay as a passenger vessel, restored to her schooner rig. It is believed that the Mary E was the first historic schooner to be certified as a USGC passenger vessel and paved the way for the entire Maine Windjammer Fleet to become likewise certified vessels.

In 1971, the vessel was sold to Robert Morse of Morse Marine in Boothbay Harbor. Later she was sold to influential jazz musician Teddy Charles who sailed her to New York where she was one of the first schooners sailing out of South Street Seaport. In 1990, Captain Charles moved her to Greenport, NY where she sailed as a passenger vessel and traveled to Key West, Florida in the winters. 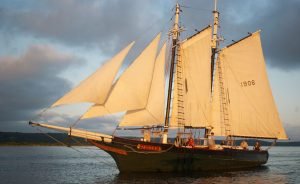 In 2006, Matt Culen purchased her and began a major restoration effort with Captain Eric Van Dormolen in collaboration with the Long Island Maritime Museum (a small operation in Greenport). He later moved her to the Connecticut River Maritime Museum docks and had been running river tours there every summer.

In December 2016, the board of Maine Maritime Museum approved the acquisition of Mary E. In spring of 2017 she arrived at the museum, and restored in the historic Percy & Small Shipyard from 2017-2018. She was relaunched in the Kennebec River in 2018. 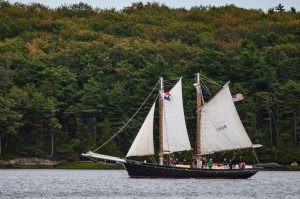 Your ticket for: The History of Mary E