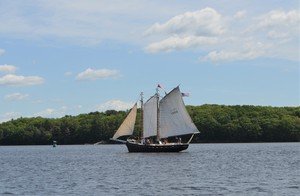 Step aboard the historic schooner Mary E and learn about her amazing history. Originally built in Bath in 1906 as a fishing schooner, she has also served as a cargo carrier, a passenger-carrying windjammer, and was even rumored to have been a rum runner. Our skilled docents share stories of her past and discuss the recent restoration efforts that will preserve her for future generations.
On deck tours run daily, Memorial Day to Columbus Day, 12 to 2:30 pm.

Discover the only intact historic shipyard in the U.S. where large wooden sailing vessels were built, including the schooner Wyoming, the largest sailing vessel built in the U.S. On this guided tour, docents share the story of the shipyard, pointing out its surviving buildings and workshops.
Tours run daily, Memorial Day to Columbus Day at 11 am, 1 pm, and 3 pm. 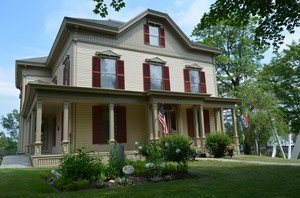 Experience what life in Bath was like during the Victorian era. Museum docents will introduce you to the Donnells, one of Bath’s shipbuilding families, and share how they lived in 1892. The interior of the home is set in period décor including numerous items that originally belonged to the Donnell family.
Open daily Memorial Day to Columbus Day, 11 am to 4 pm.

Your ticket for: Included With Admission