In partnership with Stellwagen Bank National Marine Sanctuary, Maine Maritime Museum will be presenting a special live feed broadcast hosted by NOAA research teams direct from the wreck of the steamship Portland. Choose between two engaging programs – or come to both! 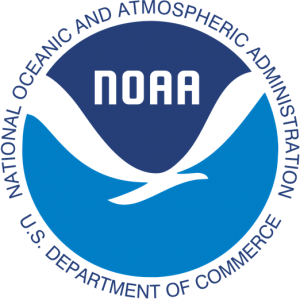 During each broadcast, viewers will have the capability to directly interact with the NOAA research teams. This is a tremendous opportunity for viewers of all ages to learn more about ocean exploration, deep-sea biology, marine technology and STEM careers. 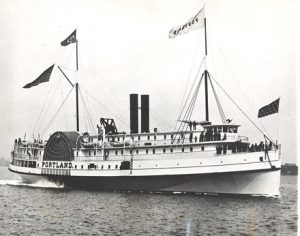 Learn more about the steamer Portland vessel, the sinking, the discovery, the lives lost, and the shipwreck’s cultural significance to the sanctuary. This live interaction welcomes you to a ceremony to memorialize the tragedy of the Portland Gale of 1898. Additionally, you will meet the research team and learn about expedition operations. This program offers insight on the history of Portland, a memorial ceremony, and an opportunity to connect with the expedition team.

Built in 1890 in Bath, Maine, the passenger steamer Portland was one of the premier side-wheelers of the Eastern Steamship Company. On November 27, 1898, the steamer departed Boston for her scheduled run to Portland, Maine. That evening, a storm arose in the waters off New England. The Portland was lost with no survivors, and that storm has come to be known as “The Portland Gale.” An estimated 190 people died in the wreck; the exact number is unknown – the only manifest went down with the ship. As a result of this tragedy, ships began leaving a passenger manifest ashore. 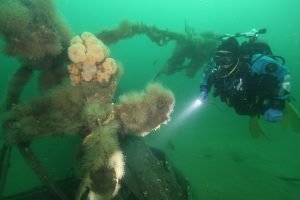 Explore the shipwrecks lying on the seafloor of NOAA’s Stellwagen Bank National Marine Sanctuary in Massachusetts Bay. This live interaction will connect you to the expedition scientists who study the communities of marine life that make shipwrecks their home. Additionally, you will learn the stories behind Portland by visiting the vessel on the seafloor. This program will focus on the biological and archaeological significance of the Portland shipwreck in one of America’s underwater treasures.

Your ticket for: Learn more about sunken steamships and deep-sea exploration